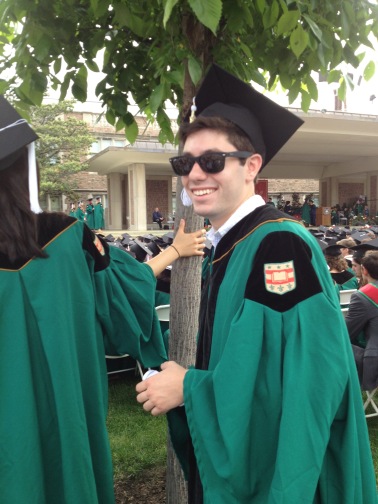 Some children are compliant. Their report cards always say things like “a pleasure to have in class.” Conferences with their teachers tend to be glowing and complimentary and when you finish speaking with them you want to skip out of the classroom and go home and hug your child. Well, my oldest son wasn’t one of those kids. Let me get one thing out of the way—it wasn’t the academics that was the problem. He generally had that area covered. He just got easily annoyed by the teachers and other students and in turn annoyed them back. Perhaps balking at the rules was like a hobby or a sport to him, perhaps it was hard for him to conform all the time–I was never exactly sure. Younger teachers tried to find ways to motivate him to behave—coupons for extra computer time if he would sit still, extra assignments to keep him busy, etc. The older teachers tended to have less patience; several even retired shortly after having him in their class. Some years were worse than others.  There was one particular year in middle school that was the worst of all.

Fairly early on in seventh grade, I started getting weekly phone calls from my son’s science teacher. She said my son was disorganized and was lying on the floor during class–my son said he was kneeling down to get some papers out of a binder. The teacher said he didn’t raise his hand and was calling out, my son said she didn’t see him raise his hand. On and on it went until I started having stomach pains whenever I saw the school’s number come up on my phone. I told my son to knock it off because I was going to have a nervous breakdown. The teacher requested a conference with us so my husband and I went in to speak with her and the rest of the teachers on my son’s team. Most of the other teachers didn’t seem to have a problem with my son–this was primarily a battle between him and the science teacher. The teacher asked me if my son had an “organic disorder.” I later figured out that this was code for asking me if he had ADHD and if perhaps he had meds he could take before her class. We took him to a neuropsychologist who tested him and said he was bright and motivated and would be fine. It’s not that I don’t believe in medication–I do. But I also feel that when a student is successful academically, albeit not completely compliant, medication may not be warranted.

Three quarters through the school year I got yet another call from the teacher. This time she told me my son was not using the required red pens in class. I assured her I would get to the bottom of the matter. I asked my son why he wasn’t using the red pens as he had been instructed. He told me he had been using a red PENCIL because he didn’t have any red pens. Apparently he had lent his red pens to other students and he thought he might have lost some as well. He was somewhat vague about the specifics. Having reached the breaking point I went to Rite Aid and purchased red pens. A LOT of red pens. I told my son he had better use the red pens and give the extra cases to the teacher for any student who did not have a red pen in class that year or the year after (and for years to come). Thankfully, I never heard from her again. The principal of the school still reminds me of the tale of the red pens when I see him—he called my handling of the matter “creative problem solving.” When my youngest son had the same teacher ten years later, I told him to keep a low profile and hoped she had forgotten about us. I told the principal I was too old for any more shenanigans.

My oldest son did graduate from middle school and high school and college. The calls from the teachers (and professors) eventually stopped. Three years ago he graduated law school and just last week proposed to his college girlfriend whom we love.

I wish I could have seen into the future–it would have saved me a lot of worrying and stomach issues. So the next time you have school conferences, if you have a child who isn’t always “a pleasure to have in class” don’t be discouraged. Be consistent, but don’t give up or lose faith. He or she will get there –and you may look back and remember your own red pens story and smile.

One thought on “The Tale Of The Red Pens”