Several major social influencers have gone into hiding after many of their followers have seemingly turned on them. Their offence? Flaunting their wealth, privilege and square footage during a pandemic.

One influencer, who wanted to give her side of the story said, “People are just so touchy. I had no idea they would get mad at me for unboxing expensive gifts from luxury brands while they were losing their jobs and using my connections to get tested for the virus when others who were way sicker than I was couldn’t. I thought those videos were a lot of fun.”

The influencer, who didn’t want her name or location disclosed,  also said she didn’t understand why people seemed annoyed when she moved her family, including her nanny, to a huge house in the Hamptons, possibly exposing others to their germs. “It’s not my fault that some of my fans live in tiny apartments while I am in a 10,000 square foot rental with a pool. I thought people would want to continue to see how totally awesome my life is, especially now that their lives are falling apart. I really thought I was helping humanity, sort of like doctors and nurses.”

Wiping away tears, she added, “I apologize if for some reason I may have upset anyone and I hope that Chanel will still continue to send me free stuff.”

Other influencers as well as actors have also felt a backlash for behavior their fans are deeming “insensitive.”  One award winning actor, who posted pictures of himself quarantined inside his palatial estate said, “This is just as hard for us as it is for regular people. I mean, we are in the same boat as the rest of the world. So what if our boat is a little bigger and we have a captain and several state rooms with walk-in closets? Geez. We get bored just like everyone else.”

One young woman explained why she was so angry at the influencers she had previously admired saying, “They just don’t understand what the rest of us are going through” and added “For their own sake, I hope they lay low for a really long time.”

Another former follower said that he felt strongly that “The entire influencing culture is going to be cancelled and that doing good is going to be the new showing off. At least I hope so.”

Further news will be reported as it occurs. 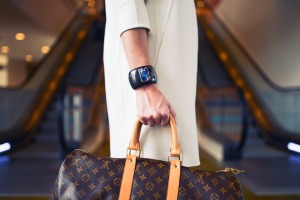 One thought on “Breaking News: Influencers Go into Hiding After Followers Turn on Them”